John Del Re / Director of WNTI 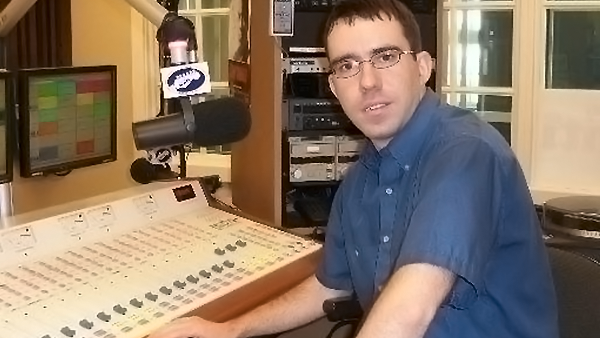 As the Director of WNTI, John helps the students and volunteer staff members with their various shows, projects, and special needs.  He also serves as an ambassador for Centenary University at various events.

Growing up in Randolph, New Jersey, John Del Re started dreaming about being on the radio ever since he was 6 years old. He used to record his own mix tapes on his cassette boom box and playing back for all to hear. John grew up listening to some of the great disc jockeys of New York radio station WCBS-FM, listening to Harry Harrison and Cousin Bruce.

After graduating from Randolph High School in 2003, John ended up enrolling at Centenary University (then Centenary College) with a major in communications. Soon John found WNTI in the depths the Seay building, and the staff took him in as one of their own. He was soon producing promos, operating the console during Centenary Cyclones sporting events, which led to John getting his own show.

After graduating from Centenary in 2007 with a degree in Communications, John continued his involvement with what was then WNTI-FM.  John began serving as the stations Operations Manager in July of 2009.  His primary objectives was to make sure that the great staff of WNTI provided great music to the listeners of Northern New Jersey and Northeast Pennsylvania. John also served as mid morning host weekdays from 9am to Noon, as well as assisting the staff and students with any technical assistance that they needed.

John became Operations Manager of WNTI.ORG in October of 2015, before becoming Director in August of 2018.

John is a fan of a wide variety of music, including the Dave Matthews Band, Bruce Springsteen, Foo Fighters, just to name a few. He is also a fan of the New York Mets, the New Jersey Devils, and the New York Giants.  He currently resides in Clifton with his wife Ann.

Check him out and ask him about the NJ Devils and the Mets! Alissa Brown is currently a sophmore at Centenary University.  She is the host of The Beehive on WNTI, along with serving as the station’s Student Programming Director.